Mabel is 4 and a half years old…
And she’s never had a haircut. 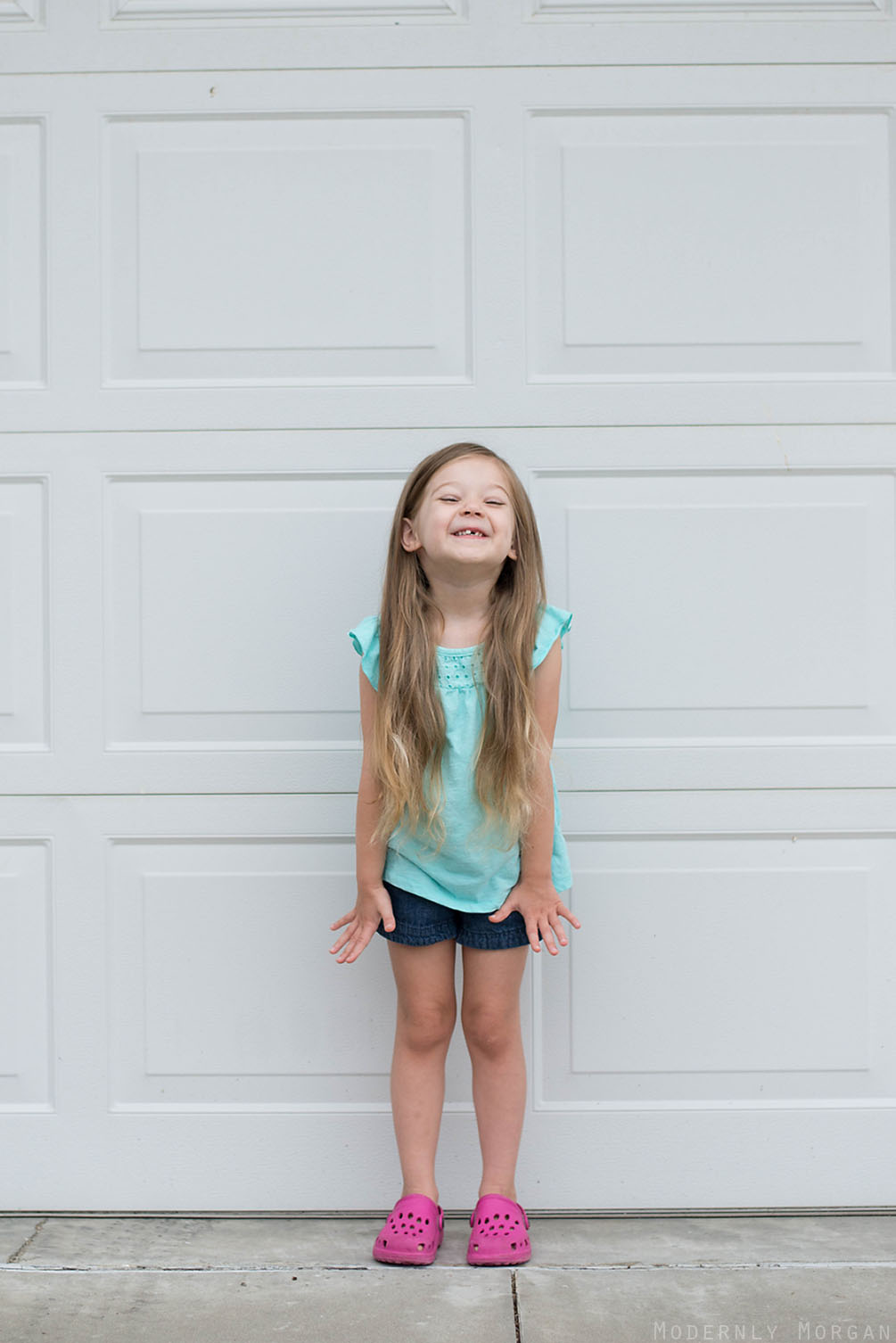 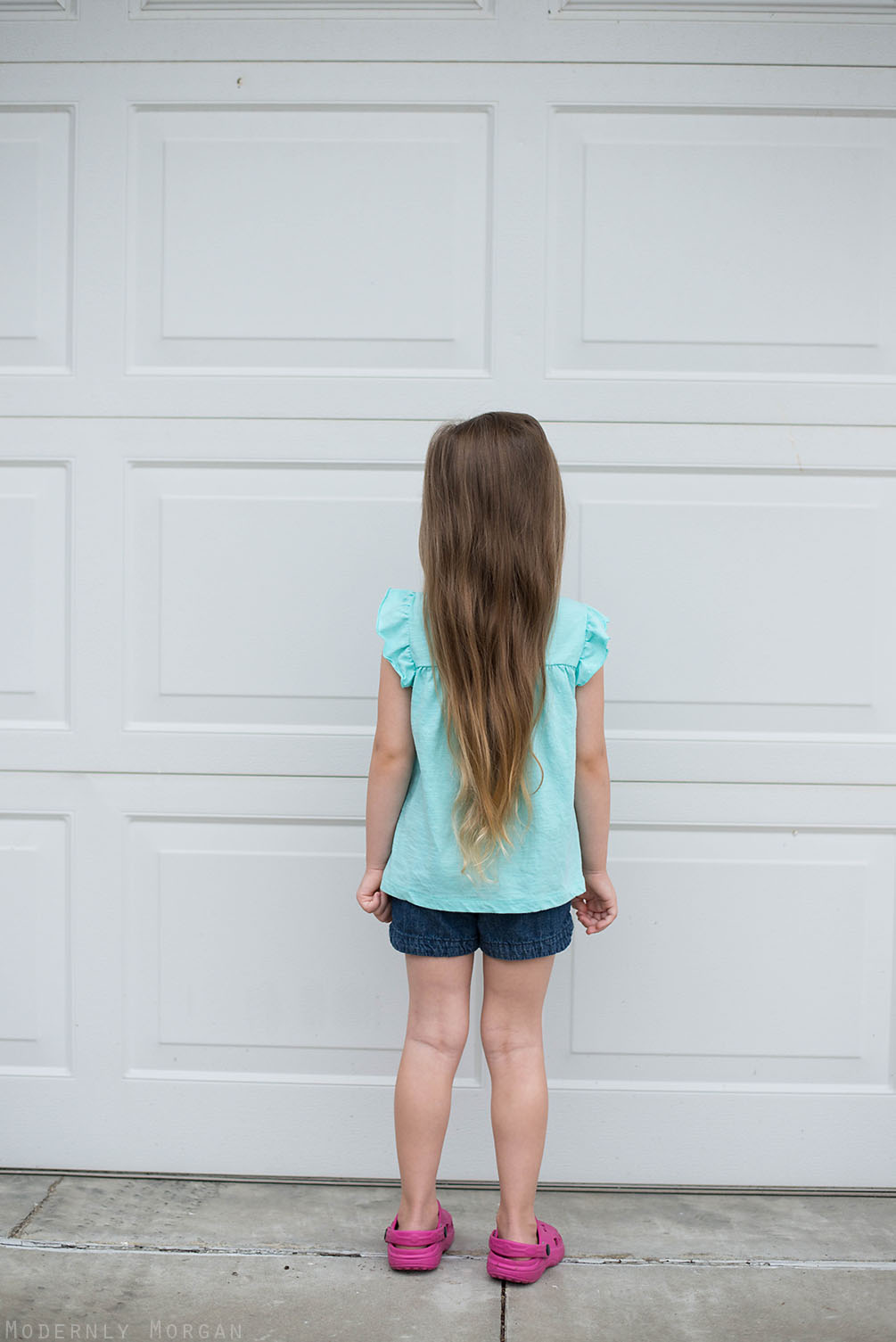 I of course was outside taking photos of her long hair before we headed to the salon.

Mabel’s always had hair…even at birth, she was born with a full head of it.  I have nothing against haircuts but Mabel’s hair had just become her.  She was the girl at preschool that had super long hair and always had a big bow.  🙂

But lately, her hair was becoming a huge chore.  It would be super knotted every.single.morning and she hated having it brushed.  It was beginning to become stringy at the ends and a bit damaged.  So we knew the time had come.

We talked about it and Mabel decided that after she cut her hair she wanted to send it off to help another kiddo who needed hair.  Because of this, the cut was going to have to be on the shorter side.  But hair is hair, it will grow back, and it’s fun to try something new!  Once we decide what organization, I’ll update.  🙂

We got to the salon and Mabel took everything like a champ until the trimmers were turned on to cut her braid.  She started crying and I was afraid we might end up leaving before a cut was made…but all of the hairdressers in the salon came rushing over from their own clients to tell her that she was doing awesome…and one with hot pink and purple hair (Mabel told her that her hair was beautiful) offered a lollipop = instant fix. 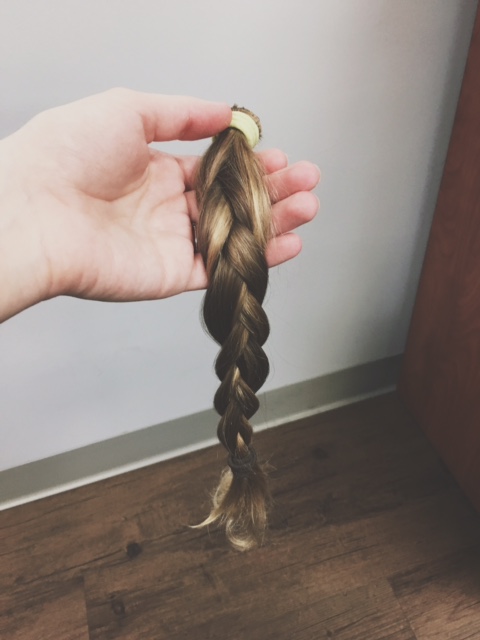 Hair that will go to hopefully make another child very happy.

I owe a lot to the wonderful hairdresser (and the other ones who work at the salon) who did such an amazing job with Mabel!

So here’s what you’re waiting for…the after pics: 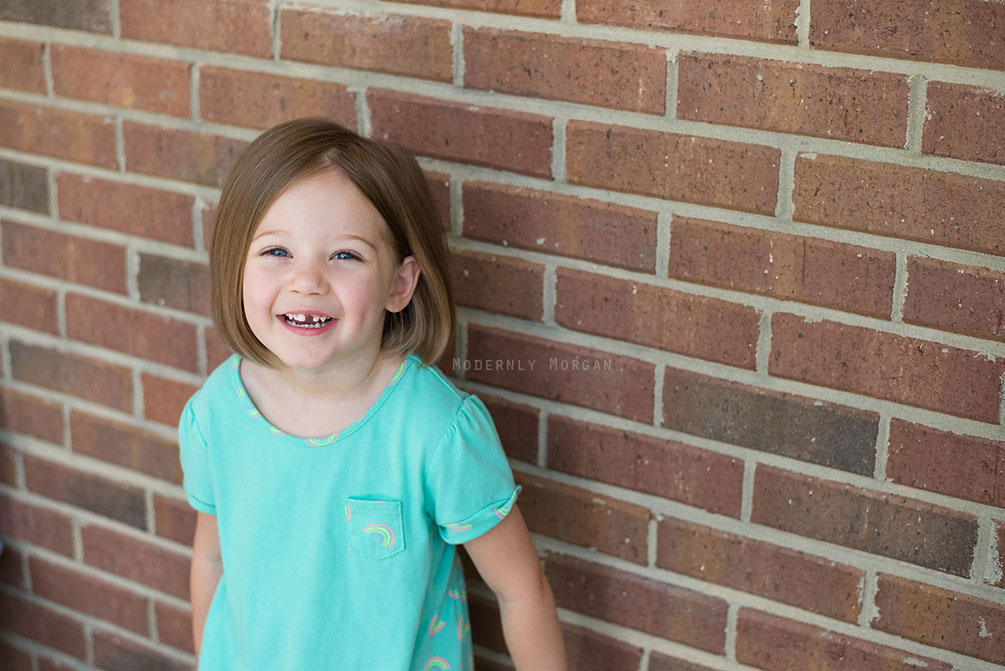 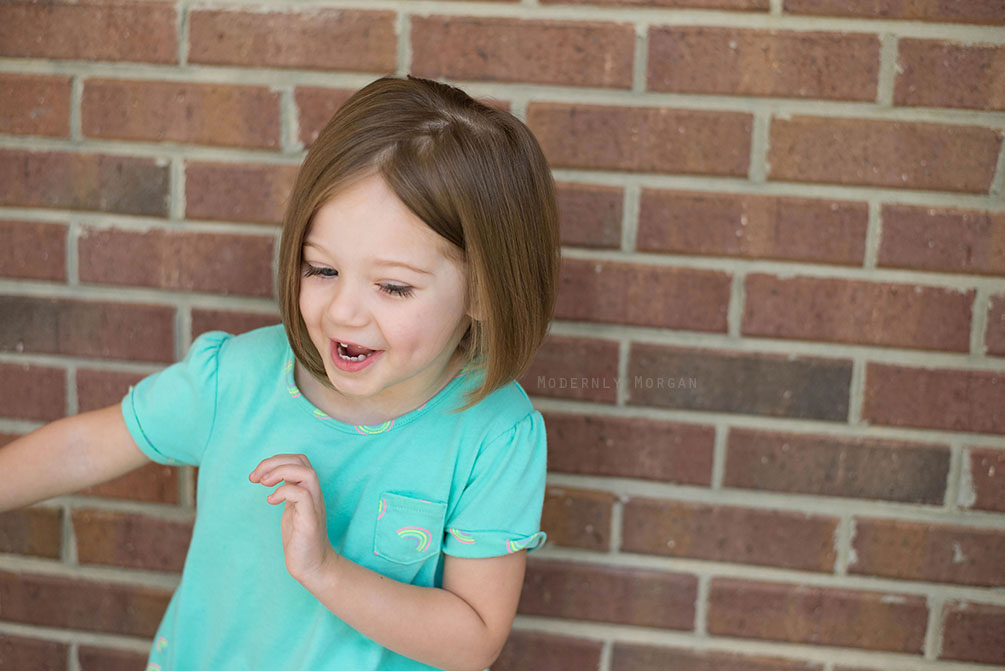 I can’t tell you how many times I’ve looked at her throughout the day since she looks like a different child!  Lol!

A much older child.
I’d be lying if I said I didn’t miss the little girl look.

But I adore her new ‘do’ and how it fits her spunky personality.

And yay for not having to brush a ton of hair!