Overnight Cinnamon Raisin Oatmeal – A deliciously warm and hearty breakfast, perfect for fall and winter! With the perfect amount of cinnamon, brown sugar and raisins, this hot cereal is a great way to start your day! 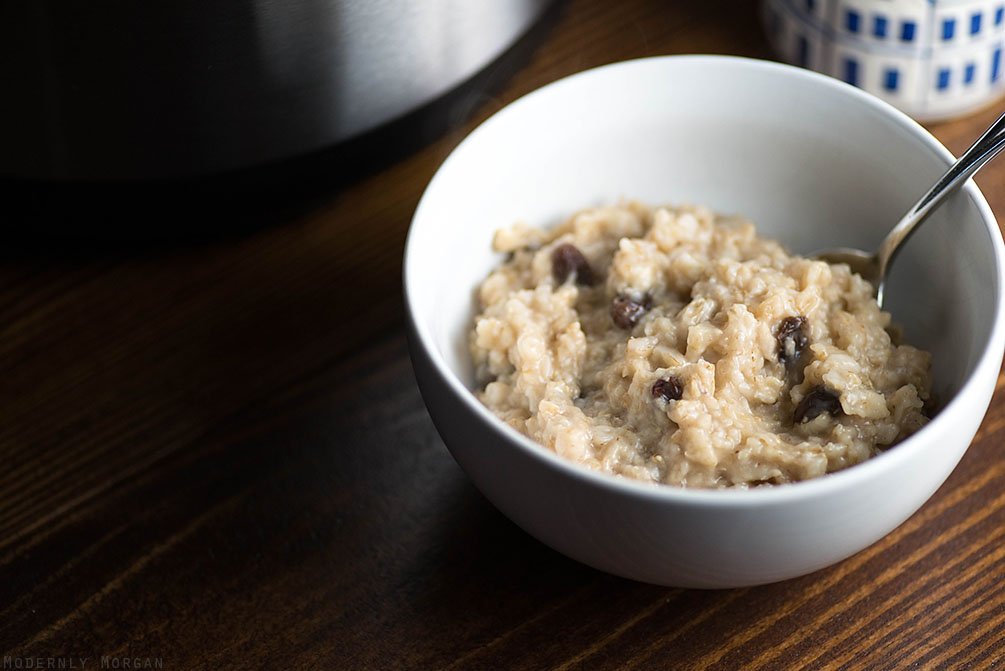 Soooo fall has decided to finally show itself down here in The South…the past few mornings have actually started out in the 50s!  What better breakfast is there to fill Mabel’s tummy up with before heading to school than Cinnamon Raisin Oatmeal?! 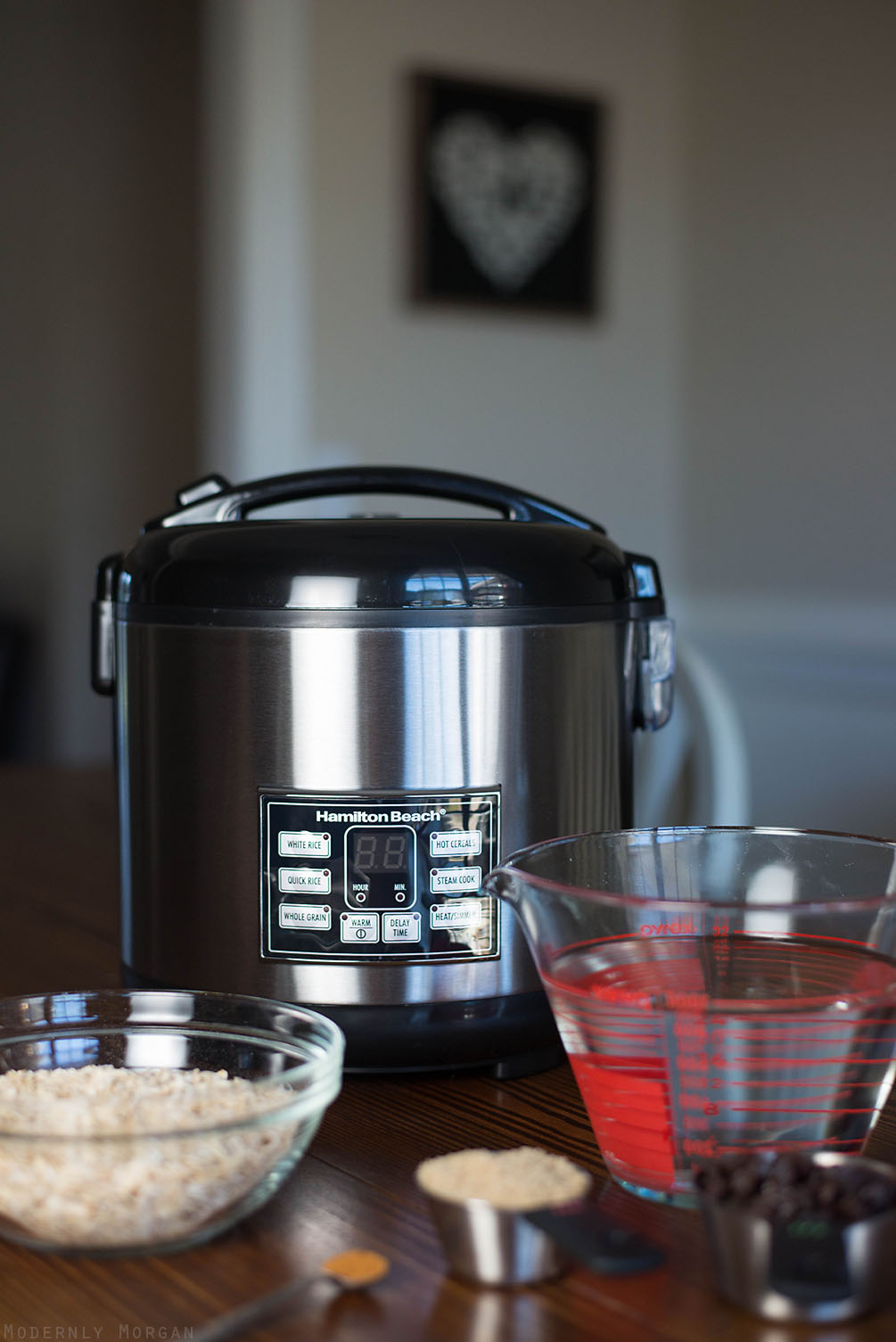 I’m also all about simplicity…like a no fuss breakfast…because honestly, who has time for a ton of prep when you’re trying to get the kids out the door?

Here’s where Hamilton Beach’s Rice and Hot Cereal Maker comes into play…I prep the oatmeal the night before, set the ‘delayed start’, and bam, a hot breakfast is ready for our entire family right when we wake up!

The recipe is super simple, doesn’t require a lot of ingredients and cooks itself in the Rice and Hot Cereal Maker!  My kind of breakfast, lol!

There are so many possibilities and other breakfast combos to try in the Rice and Hot Cereal Maker…for example; Cream of Wheat, which I love with a bit of jam swirled on the top!

And FYI, this Rice and Hot Cereal Maker does more than just make rice and hot cereal (the rice is perfectly made too 😉 ).  You can also steam tender veggies, cook whole grains, and cook seafood and chicken!  Until I added this gadget to my kitchen, I had no idea the versatility of a cooker like this had! 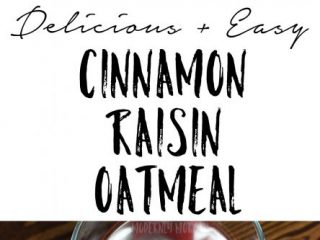 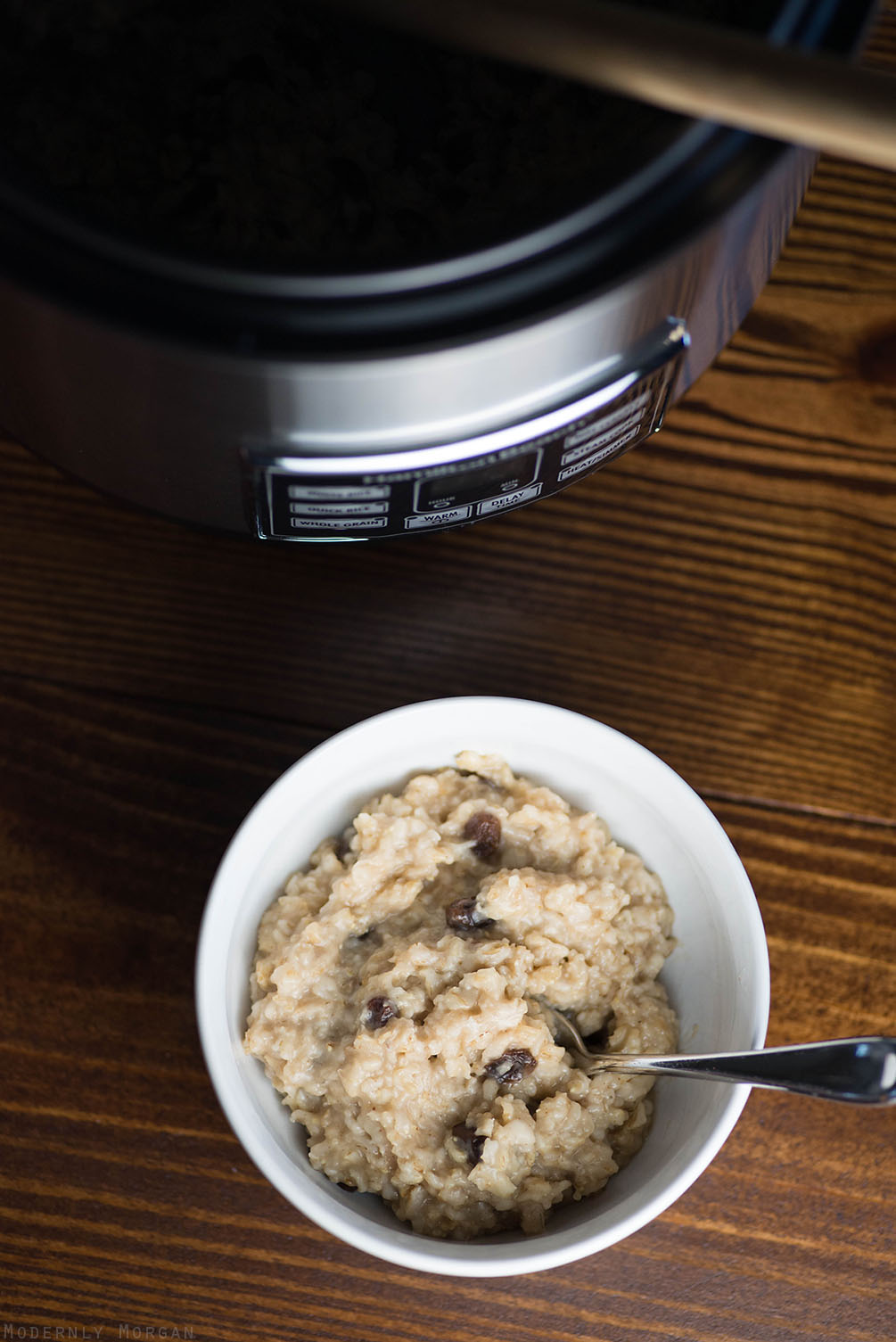 Hamilton Beach sent me this product in exchange for an honest review as a part of their ambassador program.